The 15th season of IPL is enthralling for numerous reasons. The two new teams have leveled up the competition bar among the teams. What’s astonishing? The fact that two newbies have won 3 games each already and are currently at 4th & 5th position in the points table. Whereas, CSK & MI have failed to live up to their reputations as both of them lost their starting 4 matches in a row. Almost 1/3rd of IPL is completed which depicts the position of each team and gives us a fair viewpoint to analyze who all can crash into the IPL 2022 play-offs according to their performances and team strength so far.

Kolkata Knight Riders are looking lethal under the leadership of their new captain Shreyas Iyer.  The team seems to have found the missing piece of the puzzle with Shreyas Iyer. The spark that we saw in KKR under Gautam Gambhir is now visible in the camp. Shreyas seems to have changed the fate of the team as his every move or strategy turns out to be right.

Replacing Tim Southee for Pat Cummins in the match against Mumbai Indians proved to be a masterstroke as Pat Cummins single-handedly took the match away from MI, scoring the joint-fastest 50 in IPL history.  Although, the top order isn’t in the best form yet middle order and bowling department look to cover up that gap flawlessly.

KKR were the runner-ups in the last season. This year too, the majority of the players in the squad belong to that squad only which gives the team the upper hand. Shreyas Iyer did lead Delhi Capitals to the playoffs after 7 years. Can he lead KKR to title triumph after 8 years? 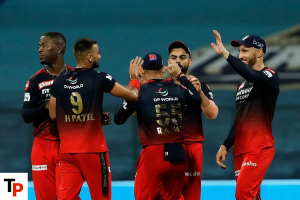 The top order Faf du Plessis and Anuj Rawat looks in solid form, Virat Kohli found his rhythm in the match against Mumbai Indians and Dinesh Karthik who has been finishing the games for the team is still to be dismissed in this year’s IPL.  The bowlers are well rotated by Faf Du Plessis at the death. Everything seems to go as per RCB’s planning.

Presently, RCB is third in the points table due to an inferior net run rate but not by a big margin. RCB would certainly seal the play-off berth well in advance. However, lifting their maiden IPL trophy still seems backbreaking considering RCB’s history of choking at the crucial moments. Maybe fate will change with the change in leadership from Virat Kohli to Faf Du Plessis.

Rajasthan Royals is synonymous with a bunch of young & inexperienced players in the side, which had been backfiring for them over the years. But the management has changed the template of the team after the mega auction. Experienced players were bought in the auction and well fitted into the playing XI.

Jos Buttler & Devdutt Padikkal at the top are in good touch, Sanju Samson is getting the initial starts but lacks to convert it, Shimron Hetmyer is finishing the games well for the team. Even the bowling department is loaded with the experience of Yuzi Chahal, Ravi Ashwin & Trent Boult who are forming the backbone of the team’s bowling.

If everything seems to go this way and hopefully no one gets injured then Rajasthan Royals can enter into the IPL 2022 play-offs after 3 years.

Delhi Capitals have managed to win 2 out of 4 games even without their prominent players in the starting two games. After the arrival of David Warner, the side looks brawny and everyone seems to get back n form as the tournament progress. David Warner smashed a half-century against KKR and Prithvi Shaw is already dealing in boundaries only with his bat.

Delhi’s first win against Mumbai Indians was a morale booster where they lost 6 wickets and still managed to chase the total with the marvelous knocks from Lalit Yadav and Axar Patel.

Kuldeep Yadav is highly charged in his new franchise & is currently the 3rd leading wicket-taker in the tournament. Although, Delhi Capitals are at 6th position but the team isn’t far behind the top teams and it’s merely a difference of 1 win. Delhi Capitals would certainly play their 4th consecutive IPL 2022 playoffs.

We believe Gujarat Titans is an inexperienced side and will find it difficult to win games as the tournament progresses. However, Lucknow Super Giants does hold a chance but we couldn’t place him in our top 4 according to our criteria.

Also read, Top 8 players expected to perform in 2nd half of IPL 2022 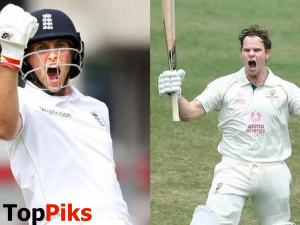 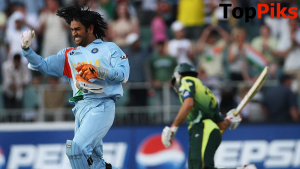